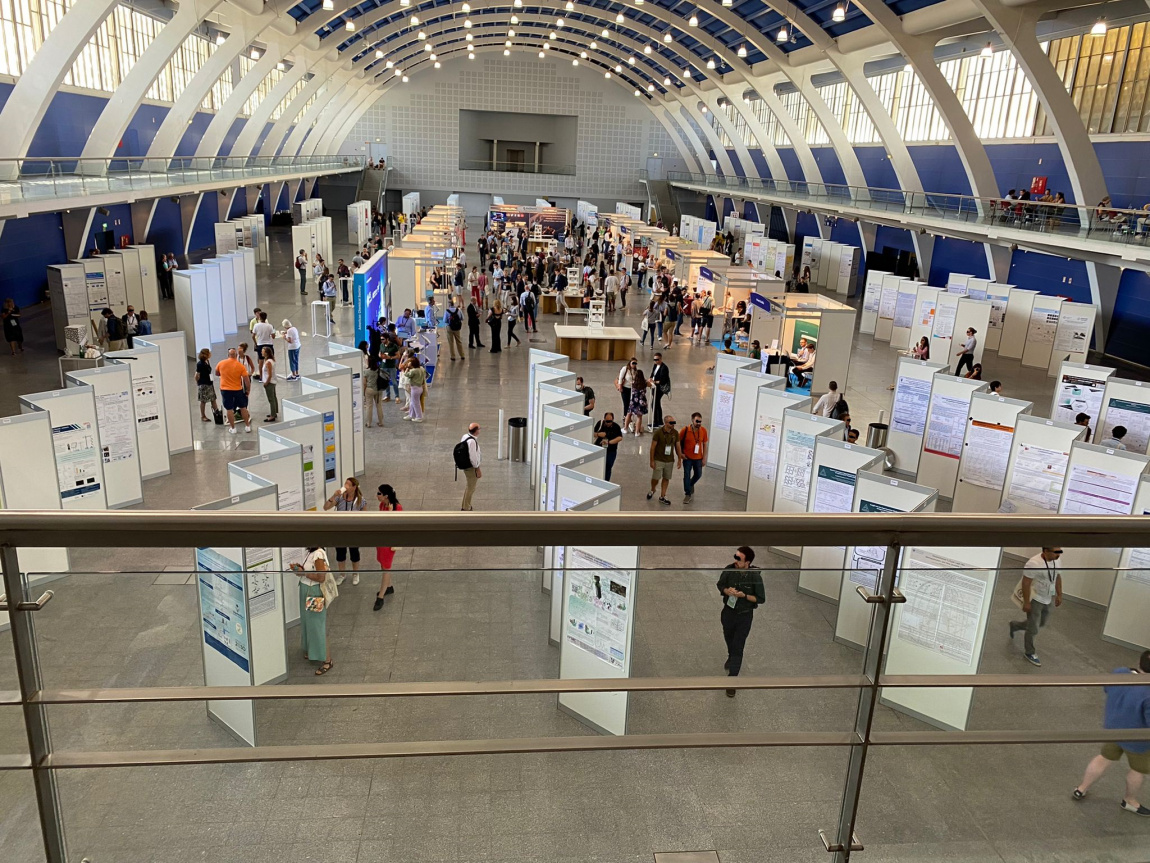 The EuChemS Chemistry Congress, where multinational scientists met for several days under this year's motto "Chemistry as a central science", deals with the central role of chemistry and its interfaces to biology, material and environmental sciences, the solution of fundemental problems of modern societies and the progress of humankind.

Our Team was able to listen to lectures on the latest developments in chemical sciences and discuss these as well as other topics with recognized scientists. Hildegard Vogelsang and Selina Steinhilber had the opportunity to present their research projects during the poster session and talk about it with other participants and interested parties.

Mass spectroscopy with inductive plasma (ICP-MS) is an analytical method used in medical technology as well as in the mechanical engineering and plastics industries for quantitative and qualitative determination of almost all metals and metalloids in solution.

Hildegard Vogelsang, in cooperation with SAS Hagmann and the Georg-August-University in Göttingen, has developed a method using the above mentioned technique that reduces the sample preparation time and the time of the analysis method and thus leads to a shortening of the overall analysis time.

The safety of polymers intended for medical applications can be demonstrated e.g. by tests for extractable and leachable substances. However, since this analysis method can also be very time consuming, Hildegard Vogelsang has come up with a method that significantly reduces time and effort.

Her study proposes a combustion process for oxygen bombs for the complete digestion of selected polymers and subsequent analysis of arsenic, cadmium and lead. Ultimately, it is possible to reduce the analysis time to one day with the oxygen booster method. 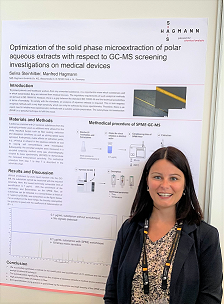 The protection of people is always and everywhere a very desirable goal, especially in the healthcare sector. In order to protect patients and healthcare workers from unwanted substances, it is important to know just what kind of substances and in which concentration these substances are released from medical devices. Gas chromatography is already being used successfully, here.

Gas chromatographie coupled with mass spectrometry GC-MS is an analysis method that is available as a detection system for various compounds which is used in many industries such as the medical technology, the automotive and metal industries, the plastics industry and in mechanical engineering.

Selina Steinhilber's study demonstrates the increased measurement sensitivity with respect to GC-MS screening on medical devices. She suggests to enrich the leachables and extractables on the SPME fiber compared to the pure liquid injection. The developed method significantly reduces the limit of quantitation for the selected analytes.